How to float a man in the air with balloons for #Impact50... Making 'Up, Up and Away' by Rita Wheeler

As my script ‘Norah’s Ark’ was in the Second Chancers, I decided to make it myself but for it to be considered as a Wild Card I had to make one of the 50 finalist scripts.


So I became a producer.


As a member of Surrey Border Movie Makers I asked if they would like to get involved. They agreed and formed the film crew.

When reading through the scripts I wasn’t sure what I was looking for until I came upon Scott and Paula Merrow’s script Up Up and Away. I loved this compact story with its ironic ending.


Having optioned the script I then had to work out how to film it. How hard can it be to make a short film of two and a bit pages?  In this case it proved very hard.


I was persuaded to direct it but I am happier being a producer than a director. I’ve been asked several times by the film crew – why did you choose this script? Why not choose an easy one?  Well, I like a challenge and this one presented a few technical challenges (understatement of the year) like how to get a garden chair to look like it was floating using balloons and only having a miniscule budget.


We ended up with three solutions for the floating garden chair.

THE TOWER
My husband, Al Wheeler, ‘the Gaffer’ remembered someone had given us an old scaffold tower. He quickly hosed it down and assembled it.

I painted it green. 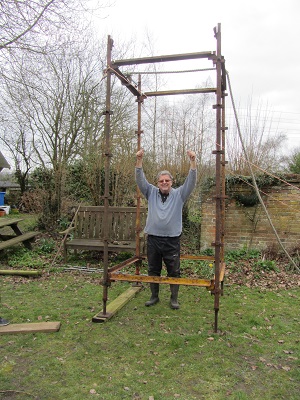 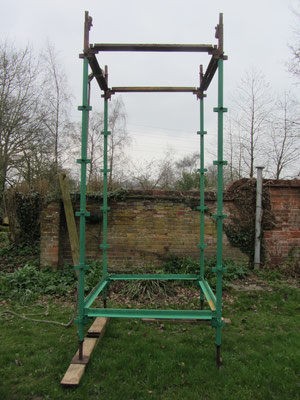 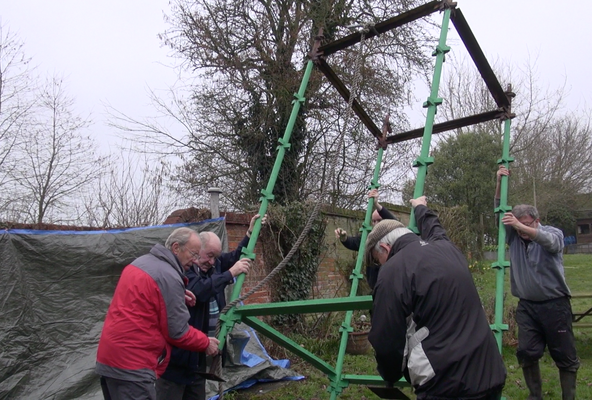 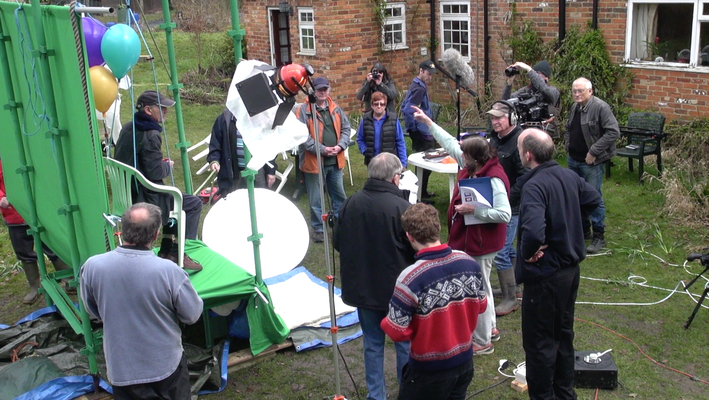 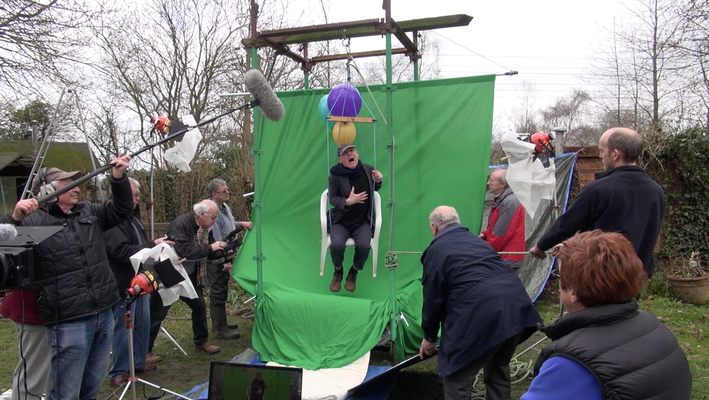 THEN there was the gantry... The Gaffer built a gantry to hang the chair on and hung it between the Sheep Shed and the animal trailer. This worked quite well and meant we could use the natural background without green screening.

THEN there was the ladder… 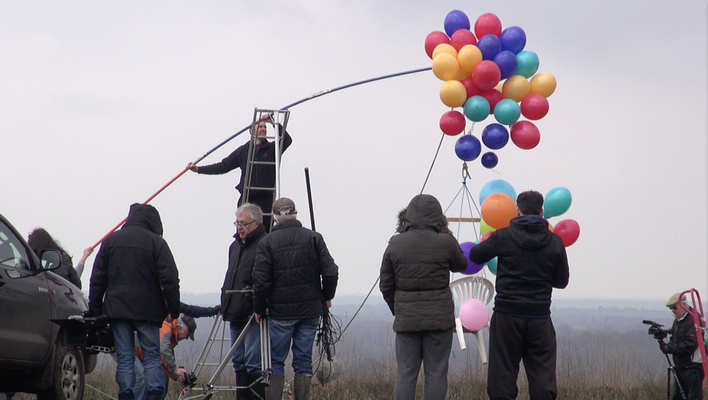 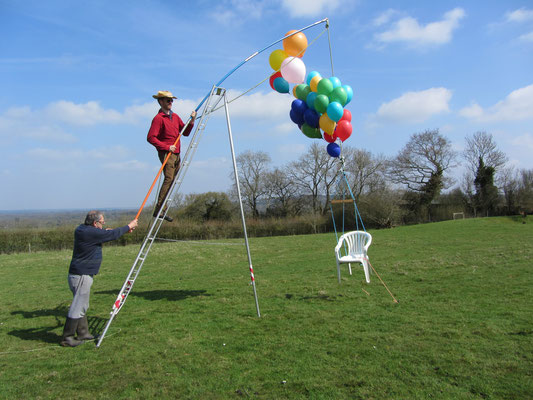 In the end we used combinations of all three.

At the technical rehearsal we persevered through driving snow and decided to postpone the filming date for a week. A week later we did not have snow instead we had a cold north wind.

Here is our cameraman Mike Sanders retreating into his hoodie trying to keep warm. He is using a Sony PXW-FS7. 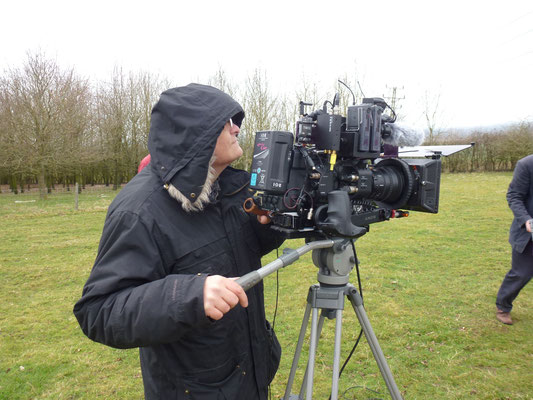 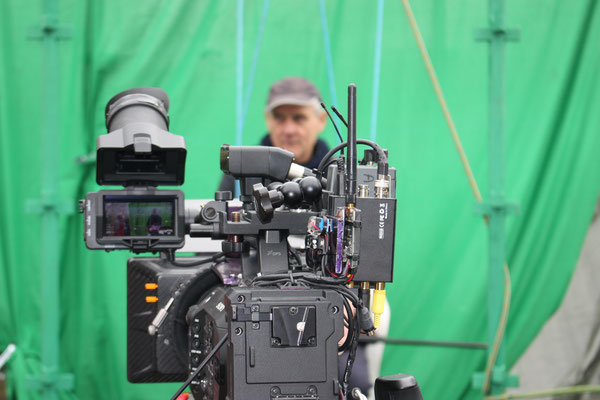 We have lots of footage and can’t even begin to count the hours spent editing.


It has been a challenge but one we all enjoyed and are still enjoying. We haven’t quite finished the editing yet.  It has been a huge learning curve.

Come on… we’re a filmmaking club. Who can resist getting their cameras out for a filmshoot?

The editing has been done using Final Cut Pro V10.4.2 and Sony Vegas Pro 13 Suite which, in addition to the Sony special effects, includes plug-ins from Hitfilm and NewBlue. This was the last version before Sony sold Vegas to Magix Software. Many of the special effects were created from this.


We’ve all enjoyed this challenge and are looking forward to seeing the feature film.

'Up, Up and Away' written by Scott Merrow, produced by Surrey Border Movie Makers

A man plans to survive the end of the world with some helium balloons and a lawn chair.