On 6th February 2018 the BFVS committee decided to enter a short film into Impact 50. We decided it would be exciting, and a good learning process for the club. The first step was to chose a script from the 50 available, and we optioned for one about some soft hearted rugby players which we could adapt to suit local interest. We had some challenges!

After working on a business plan, organising a crew and cast we started filming the biggest outdoor scene on Saturday 17 March, which turned out to be the coldest day of the year!!! The next day was even worse, with snow from 'The Beast from the East’, so reluctantly we had to cancel the shoot. Then with Easter and holidays we could not continue till Thursday 5th April, which was a worry since the deadline was April 30th!

Thankfully, after many mishaps, including a rugby team who pulled out at the last minute, we have finished the filming and are now in post production. BFVS are proud to have produced this film, which was only made possible by the great team work from cast, crew and team members. 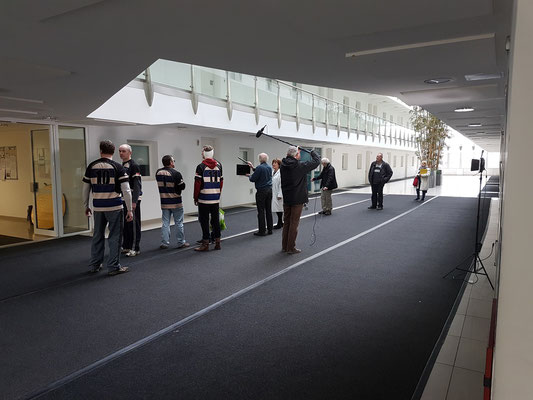