First and Second Cut Comments... Have YOUR say on the edit...

Oxford Brookes Uni very kindly let us use their training ward down in Swindon for the shoot - although they were a little worried when we turned the place upside-down!

For the corridor shots, we didn't have a track & dolly, so the cameraman Vincent sat on an office chair, while I pulled him backwards (all the while keeping an eye on the action). Not the easiest of shots!

Special mention to Kayleigh, who played the girl with cerebral palsy so well. We shot her scene last, and she was hanging around all day, in character, waiting for her moment. And when it came, she was outstanding.

The characters Miles and Westy are both named after guys I've played rugby with. But do you know where 'Donk' comes from? :) 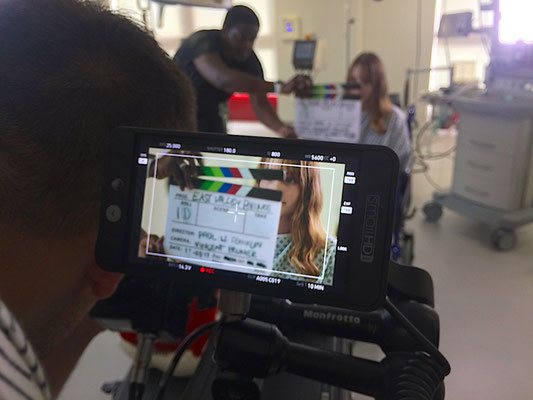 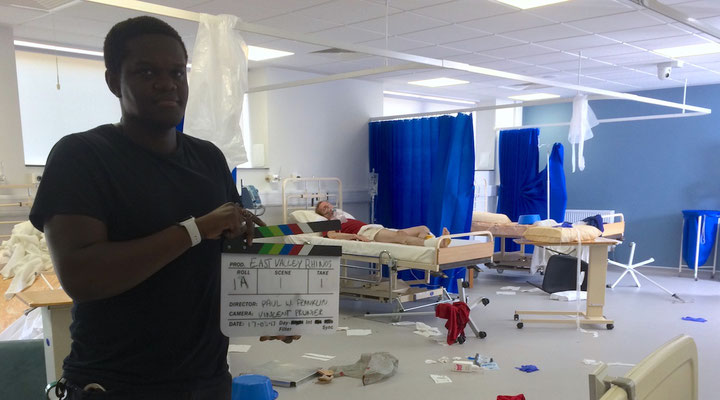 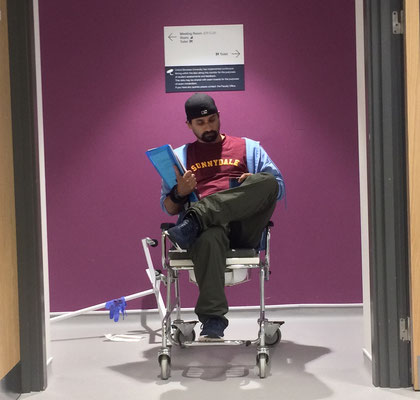 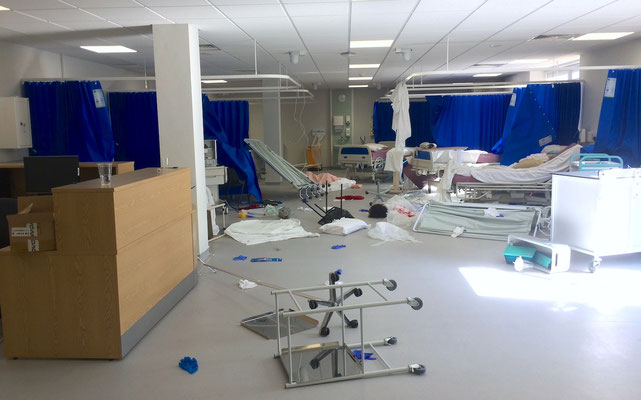 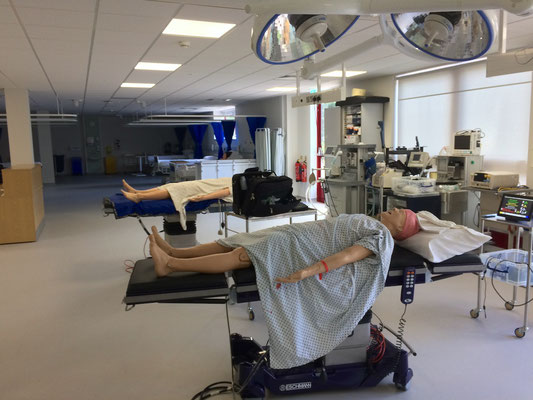