Hidden Alley Productions is a production company run by Kerry-Ann Calleja McGregor based in both the UK and Malta.

Kerry-Ann Calleja McGregor is a multi-award-winning Screenwriter and obtained her first international award only a week after graduating from Met Film School based at the prestigious Ealing studios London. She has just started her own production company with several projects in various degrees of development. She is currently in discussions with international producers and funding mangers regarding getting these projects into development. Her first short Film Belonging went on to win the Shore Script screenwriting competition. This script has gone on to be produced and made official selection for several film festivals including R. I. F. F. which is an Oscar qualifying Festival. Kerry-Ann has won a Special Marquee award at the American Movie Awards 2015 in the best T.V original Pilot category with a script called We Stood Alone. This script was initially script edited under the supervision of Kirsty McDonald while at World Productions. She was asked to co-write with a Bafta winning Writer/Director, however had to decline as she had just been commissioned to adapt a novel into a feature film which as Alex Vlahos (Versailles) attached. Kerry-Ann has recently made THE CAPITAL FUNDS HOT 100 LIST 2018, the list that is sent out to financiers and buyers looking for the best scripts.

She has just been approached to hopefully work on a film that has Netflix connections. She was mentored by Karol Griffiths (Cohen brothers script editor) and Nicola Larder (Marcella Producer) on the London Screenwriters Festival Talent Campus 4.0 with a diversity TV script that has received a lot of attention and recently placed in the top 10% of Shore Scripts screenwriting entries 2018. Shore Scripts has also named Kerry-Ann one of their top writers and has made some of her scripts available to their 150 producers/agents on their roster Ayling is known for his award-winning short films, which have been selected and screened at BAFTA recognized film festivals.

Ayling completed an MA in Directing from the MET Film School based at Ealing Studios, London, in 2014, during which he completed his award-winning short film 'Listen to Me', which was showcased internationally at film festivals, including the BAFTA recognized London Short Film Festival, and Aesthetica Short Film Festival. Since then Ayling has continued to work on many different projects, which have also won numerous awards, including the hit diversity web series “Dreaming While Black”. He now works full time as a director and filmmaker.

This is a story of a girl whose obsession with her looks has led her to be alone on the last day of the planet. She quickly realises that she needs to take control of this obsession to feel happy again, even if its just for her last few moments.

Kerry-Ann and Rob have known each other since meeting at Met Film school and have continuously supported each other through their individual projects, both Bame Filmmakers, who feel that using their authentic voices to push important stories to the fore-front. As Kerry-Ann is an avid attendee of the London Screenwriters festival, she was very aware of the Impact50 project and wanted to be involved somehow.

After Kerry-ann, who lives very close to the Grenfell tower and was one of the first people to attend the scene with bags of clothes and food along with hundreds of other members of the north Kensington community, she was truly effected by seeing first hand a disaster that was caused on principle by the council worrying about how a building looked and not how if it functioned safely inside or not. So in a end of the world situation like impact 50, what is important is how do we fix something that in essence is too late, so I wanted to use this metaphor to show the character’s development with her own obsession with her own exterior to show there is still hope to change even in the darkest moments. Kerry-ann brought Rob on aboard as not only is he was a very talented filmmaker but as the RBK&C film office said that we were allowed to film near Grenfell and other exteriors if we used only a 5 person crew and went hand held, which I knew Rob would be able to handle as he deals with tricky situations in his daily filmmaking and wouldn’t be phased by the strict restrictions.

Rob also fell in love with the important message and strong imagery that he knew he could bring his own creative vision too. We were extremely excited that the very talented Betty Denville decided to join us on this journey. I had her in mind ever since meeting her at Talent campus 4.0 when she read the Kim Wheelers very emotional letter. As Kerry-Ann had spoken to Vicky before regarding the best way we could edit in our film if it was lucky enough to get chosen, she suggested being able to have the film be in three sections, which it is, so we could possibly be with the character over the beginning, middle and end of the impact50 film if needed. So baring this in mind when you watch the film, even though longer than you requested, you can see that you will be able to take sections from our short film and cut them into the feature where ever you deem fit and still have our emotive story come through. We are very pleased with out finished short film and especially with the amazing performance that Betty Denville brought and hope that you can see the potential to add some of our powerful footage to the impact 50 feature film. 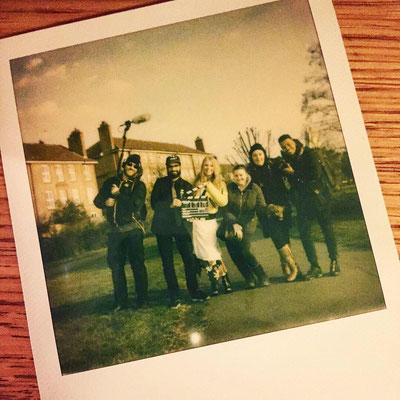 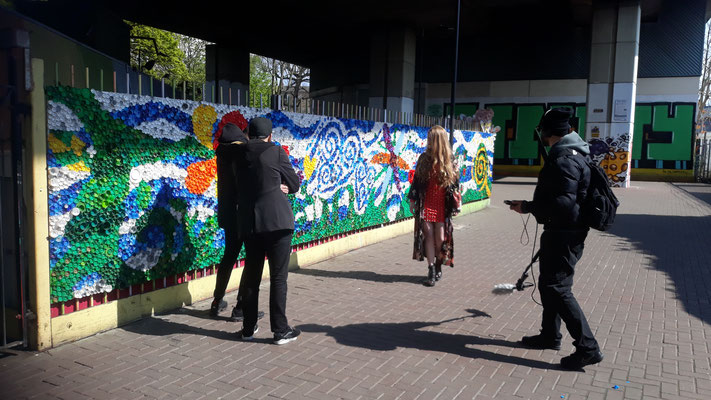 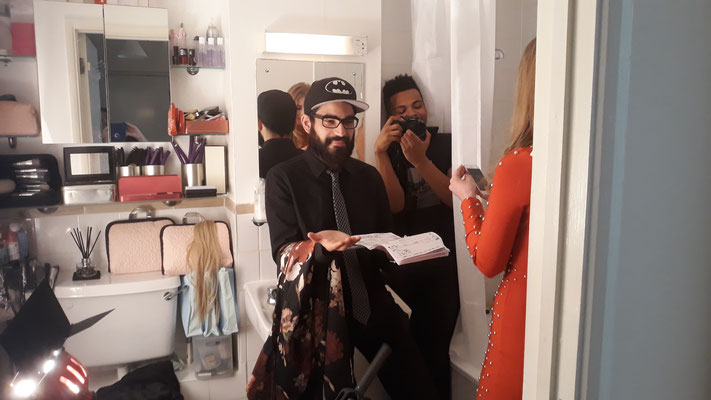 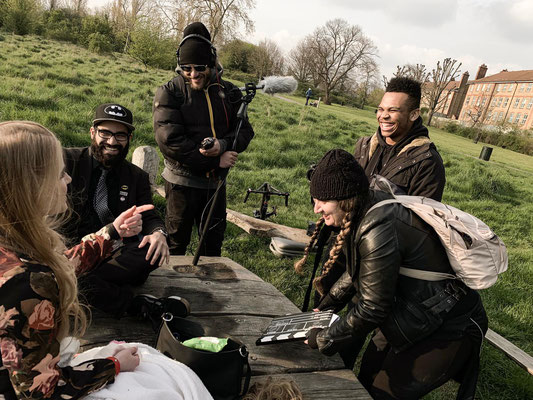